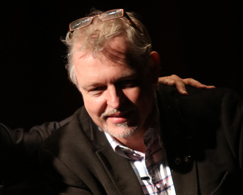 “Show you something amazing”

Bruce is Marvin’s Magic’s demonstration training manager and he’s been entertaining crowds at Hamley’s for 30 years. He’s performed for pop stars, royalty, thousands and thousands of children – from Russia to Dublin – on radio (yes), TV and film. He’s probably done more live magic than any other magician in Britain.

Prepare to see some of his favourite magic tricks as taught to such greats as Andy Nyman and Mark Paul. See Bruce do what he loves best. Magic.

It’s going to be a good night – make a note in your diary.

There are no upcoming events.